From the Clinic: Relief for Anu... finally - Clarity Hearing Solutions

News: From the Clinic: Relief for Anu… finally From the Clinic: Relief for Anu… finally

When you’re a musician, sound is more than just a part of everyday life. When you start to lose the ability to hear clearly denial can set in. 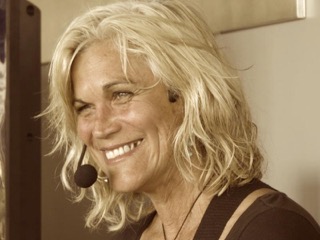 From the sounds of your favourite recording, the sounds your instrument makes, and even the sounds around you – waves, wind, leaves, water – they can all provide inspiration for a song or phrase. In the case of Anu Grace, making, interpreting and listening to sound is her livelihood.

Anu has played music for as long as she can remember. She plays solo and in bands and has recorded and mixed six albums of her own original compositions and songs. She has developed and runs a community ukulele music program and offers shows for schools and kindergartens.

When Anu realised she wasn’t hearing as well as she used to, it was a moment of denial and confusion.

The recognition of hearing loss

Anu’s hearing had deteriorated over a period and, like many people, it took a while for her to realise that there was actually something wrong.

For Anu, it was not while playing music she was having the most difficulties – the use of well-tuned amplifiers could be tweaked to her advantage and the drums and loud guitar were only starting to be uncomfortable to be around.

Her main difficulty was experienced during conversations, where Anu felt that she was hearing the conversation, but wasn’t completely understanding what was being said.

The Definitions of word endings (consonants) were being lost for Anu. Even listening to music at festivals, a favourite pastime, was just not sounding right, as if the music was being poorly mixed. It was starting to become depressing for her.

She was wondering if it was a hearing or a cognition problem. Knowing that hearing loss ran in the family she guessed this was probably what was starting to happen to her.

The start of the hearing loss journey

It was while staying with family in northern New South Wales she decided to finally do something about her hearing loss. Anu found a hearing aid clinic – a reputable national company – who offered free hearing tests and she made an appointment.

This was to be the first of many frustrating experiences for Anu trying to understand and remedy her hearing loss.

She made the appointment with this first company after they told her they would be able to rehabilitate her hearing loss and they had a variety of options that would suit – this was before they had even assessed her hearing loss.

After the free test they came to the conclusion that Anu needed hearing aids, and Anu left the shop with a pair of $9,000 hearing aids in her ears.

‘It was just a nightmare,’ Any says. ‘I heard the old man snuffling behind me in the supermarket and my own hair sounded like a steel brush over my ears. It was a really disconcerting experience.’

The next day she took them back.

Another year went by and Anu tried once more to address her hearing loss. This time in her home town of Townsville but she had a very similar experience. Her hearing was tested and deemed to be worse than last time. Both companies she had seen so far, had fed her the line that if she didn’t do something right now her hearing would deteriorate much faster.

‘Being a musician I started to catastrophise the end of my career and so saved the money to get a pair of aids, scared I would lose what I had.’

The  third time, after another ‘free’ hearing test, she was offered a $13,000 pair of hearing aids!

She gracefully declined the offer.

False hope on the horizon

Anu then spoke to a friend of hers who has profound hearing loss and who swore by a pair of hearing aids he had picked up in Sydney.

‘I got kind of excited by this mob. It seemed a  more real and personable company and it didn’t seem to be doing the vertical tiering of pricing that was making the prices seem so outrageous for such a small thing.’

For quite a few months Anu emailed back and forth with them. They said all they needed was an audiogram and she could buy the hearing aids online without having to travel to Sydney.

Anu didn’t feel right about buying them online as she didn’t want the technological challenge of programming them herself as well as the stress of learning how to live with them.

‘I was looking for a relationship with a provider that could tailor the process specifically to my situation and help me adjust.’

She decided to make the trip to Sydney for an appointment with the clinic face to face. The clinician gave her a test and concurred with other results that Anu needed hearing aids.

He recommended their top of the line model at a cost of $5,500 a pair even though Anu had asked for the price tier below. She was told that anyone who got those ended up coming back for the top of the line ones anyway.

‘I tried them on and played my ukulele and I had the same experience as the first pair – everything was so over amplified sounding like tinfoil crackling. but this company said they had tweaked them to my specific hearing loss.’

I felt like he was getting impatient with my questions as well. It was a free appointment but he wasn’t really that amenable, saying he had worked for lots of hearing aid companies and this was really the best thing I was going to find.’

‘I wondered whether my brain would adjust and filter those sounds out eventually, but he really didn’t seem to know much about that side of things. So I just walked out. That wasn’t going to work.’

If at first you don’t succeed…

After the Sydney trip, Anu then went to her fourth clinic, again in Townsville.

‘This time I paid for the assessment because I thought maybe it was the free testing that was the problem. The $150 five minute test again felt really inconclusive to me and when her solution was to bring out a whole lot of hearing aid brochures, I felt angry because she couldn’t answer my questions any better than me.’

Four clinics in and still no results.

Finally… an understanding of hearing loss

Before heading to Sydney, Anu had also approached Clarity and when she spoke to the reception she said she was looking for an audiologist that was also a musician who understood sound frequencies and who could help her understand what was going on.

‘I emailed Grant initially with my concerns and he sent back a really long, informative reply and I thought ‘Thank God’, here is someone willing to converse with me who actually knows something about Sound.’

With the trip to Sydney imminent, Anu felt comfortable that she had another option if Sydney didn’t work out and upon her return she made an appointment with Grant.

Anu had also brought with her the audiograms from her previous test.

‘Straight away he normalised me. He told me it was just a moderate loss based on the audiograms and I had been made to feel it was really bad. He said ‘Why is someone as young as you coming to see me about hearing loss?’ Well I’m 57 and a musician, I said.’

Grant did comprehensive testing and found a mild high frequency loss yet only two points of her hearing loss was aidable. Interestingly the hearing loss Grant found was less than what she had been led to believe. The new tests showed at normal conversational levels, Anu had 94% understanding and only 97% when amplified. Even her Central Auditory Processing testing showed no difference in hearing in background noise with and without amplification.

Essentially Clarity’s testing showed that Anu would currently receive minimal benefit from hearing aids both in quiet situations and in situation of background noise, which matched her own experiences but differed with all the clinics trying to sell her hearing aids.

Grant always points out that you must look beyond the basic audiogram in terms of outcomes to fully assess hearing loss and the actual impact on the patient.

In the end Grant couldn’t recommend hearing aids for Anu. They would be of little benefit to her at this stage. Instead he provided some strategies to help Anu hear better in challenging situations including spending a small amount of money on some Bluetooth headphones available from any electronics store that she could hook up to her TV to improve the sound quality there too.

‘We discovered that clamping a sensor onto my ear to test rather than using headphones, gave me another four decibels more hearing! The headphones were influencing the test, which I had wondered about because you can’t quite seem to hear anything during the test and you end up thinking you are quite deaf. Grant’s tests were also conducted with speech in varying noise levels so he could determine where my actual loss really was.’

‘Now with the strategies Grant has given me I am already starting to make choices of which acoustic environments work for me and know I can modify my experience. I love going to Woodford Folk Festival and this year, on Grant’s advice, I’ll be wearing noise cancelling headphones to make it more amenable to my situation. These little adaptations are already making a huge difference.’

‘I felt really grateful when I walked out because I could let go of the fear that my hearing is deteriorating really fast and realised I am pretty normal for my age and situation and I still had the $5,500 (assigned for hearing aids) in my pocket. This time I felt the $150 for an appointment with Grant was very well spent.’

‘Until I saw Clarity, I was despairing, but I walked out of there confident that I was normal for one, and empowered to communicate my hearing disadvantage to friends or modify my environment. I felt like I had some autonomy back and could take charge of my hearing loss with the information Grant gave me. I also know that Clarity is a provider I can trust and will happily go for a yearly check with Grant knowing I will get real advice and accurate tracking of my situation. What a relief.’

Anu is not alone

Grant says it’s disappointing that so many clinics are focused on the selling of hearing aids, even in cases ‘like this one’ where they will provide very minimal, if any, benefit.

‘You really can’t fully assess someone’s hearing level with a superficial hearing test. That’s why we include a series of diagnostic tests in our comprehensive hearing test battery.’

‘It is a mistake to think that hearing aids are the panacea for hearing loss. The best you can do for your hearing loss (and your hip pocket) is get a comprehensive assessment from an independent, reputable, clinical audiologist.’

On average Australian’s leave their hearing loss untreated for seven years. Anu’s story can easily make you understand why, but the best thing really is to get your hearing properly assessed so you know what you are dealing with and you can make your decisions from there.

“A terrific experience. Very quick and very helpful. I will be telling my friends about you.”